Ajax sex offender back behind bars 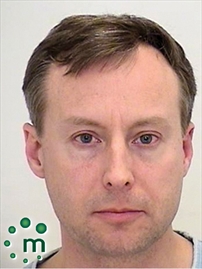 A convicted serial sex offender who moved to Durham Region last summer is back in custody, charged with exposing himself to girls in an east-end Toronto park. William Shorten, 46, of Ajax was arrested Wednesday and remains in custody as an investigation continues, said Toronto police Detective Constable Darryl Branker.
Oshawa This Week
By Jeff Mitchell

AJAX — A convicted serial sex offender who moved to Durham Region last summer is back in custody, charged with exposing himself to girls in an east-end Toronto park.William Shorten, 46, of Ajax was arrested Wednesday and remains in custody as an investigation continues, said Toronto police Detective Constable Darryl Branker.Mr. Shorten, who moved from Toronto to Durham last summer, has a history of sex offences involving children.He was arrested by Toronto cops investigating a series of incidents in which a man approached girls under 16.Police said that between May 23 and July 25 they received a number of reports of a man in the Rouge Beach area and Port Union Waterfront park areas approaching girls and attempting to have inappropriate conversations with them. In two instances the man committed an indecent act in the presence of girls, police said.On Wednesday police investigated a similar incident in a park area at the south end of Port Union Road near Lawrence Avenue East. A man approached a 13-year-old girl and engaged her in an inappropriate conversation, cops said.Responding officers pursued and arrested Mr. Shorten, police said.He’s now charged with two counts of committing an indecent act and assault with intent to resist arrest, as well as four counts of breach of probation.Last July Durham police issued a warning when Mr. Shorten chose to live in central Whitby.At that time he had been convicted of 12 sex offences between 1998 and 2007 involving children between the ages of five and 14. He was not acquainted with any of his victims and the offences occurred in public places, police said.His parole conditions prohibited him from attending public parks, swimming pools and other areas where children might be present.  Police investigating the east end incidents had Mr. Shorten on their radar, Det.-Const. Branker said. “We had knowledge of him as a potential suspect,” he said Friday.Mr. Shorten appeared in court Thursday and was ordered held while an investigation continues. Police want to hear from anyone who may have knowledge of other incidents.Call 416-808-4300 or Crime Stoppers at 1-416-222-8477.

TORONTO – Toronto Police say a decision was made to not notify the public a convicted child sex offender was living downtown — an offender now in police custody, following an incident involving a young girl.

However, it remains unclear why police chose not to issue a warning that William Shorten, 47, has been living at an address in the Gerrard St. E -Jarvis St. area following his recent release from prison.

Shorten, a long-time offender, was arrested Tuesday and charged with committing an indecent act and breaching probation following an incident with a 12-year-old girl at an Indigo bookstore at Yonge St. and Eglinton Ave. in February.

“We were well aware he was here,” said Const. Victor Kwong.

He added Shorten had been released from prison “a month or so ago,” but wasn’t able to confirm exactly when.

“When he was released from jail, there was notification from (the prison) … His file was reviewed, and it was decided an advisory would not go out on him.”

Kwong couldn’t say why that decision was made, but did say the Toronto force’s sex crimes unit has been — over the past several months — reviewing the process in which they notify the public of an offender living in the area.

“For the most part, the review is to find a balance between (alerting) the public, (preventing) vigilante (justice), and (not) driving offend-e rs underground,” Kwong said.

Shorten was convicted of numerous sexual offences between 1998 and 2007 against kids ranging in age from five to 14. In 2011, Durham Regional Police issued a warning to the public after Shorten moved to the Whitby area.

In June 2012, Toronto Police issued a public warning that convicted sex offender Hassan Steven Jarrar would be living in Toronto following his release from prison, and that he was considered a high-risk offender. Toronto Police last month arrested Jarrar for allegedly sexually assaulting a 14-year-old girl earlier this year.

OPP Const. Pierre Chamberland said his force issues “three or four” public warnings a year, and that a “criminal operations manager” — who has access to Ontario’s sex offender registry– decides if a public alert is necessary.