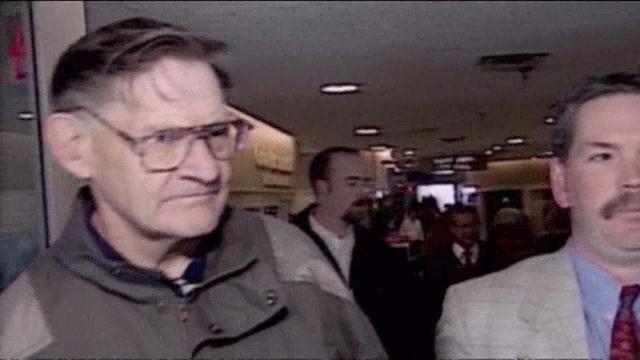 TORONTO – A New Brunswick police officer is suspected of sexually abusing at least 260 children over the course of nearly three decades dating back to the late 1950s, Canadian investigators said Monday.

After decades of secrecy, private investigators and Saint John, N.B. officials say that a lone police officer,Sgt. Kenneth Estabrooks, was behind a massive child abuse scandal that targeted vulnerable children for at least 25 years.

“Although we cannot change the past, the city’s investigation into allegations of sexual abuse against Mr. Estabrooks is about doing what we can to right a wrong,” Saint John Mayor Mel Norton said at the press conference.

“Since the new allegations were brought to the city’s attention, our main priority has remained on those affected.”

Estabrooks died in 2005 of cancer. Investigators say they suspect he sexually abused at least 263 children. Most were boys, but some girls were identified in the investigation. About 53 of the victims are still living, 33 are deceased and officials believe there are another 152 suspected victims they hope to contact.

There were also six attempted cases of sexual abuse, the investigators said at the press conference Monday.

The official investigation began in 2012 when one person came forward and told police his story.

“The extent and impact of predatory crimes committed by Ken Estabrooks has been exceptionally devastating, reached epic proportions and has been extremely difficult to predict and respond to,” lead investigator Dave Perry told reporters.

Reporters spoke to 11 victims — they all shared a similar story: they were all vulnerable, unsupervised children that Estabrooks preyed on.

Preying on the vulnerable

On Sunday, Tryon interviewed an 11th victim. The Saint John man, who spoke on condition of anonymity, was only 13 years old when he was first sexually assaulted in 1973. Many of the victims say they were taken to Tin Can Beach and abused by Estabrooks, but there were other locations cited. In this case, the victim would typically be assaulted at Tucker Park, after being offered alcohol by Estabrooks.

“He’d buy liquor, he wouldn’t buy beer because it would take too long for you to get a buzz,” he told Global News.

Over the course of three years, he guesses he was assaulted at least 60 times.

He even alleges Estabrooks had help from colleagues in the police force whenever he couldn’t find his victims.

“If he couldn’t get a hold of us, then he had some policeman on the force look out for us,” he said.

“I had my bumps and bruises, let’s put it that way,” he said.

The same details resurfaced over and over again with the other victims reporters spoke with. Young boys growing up in poor homes and poverty stricken neighbourhoods.

Most of the victims never told authorities what was happening; it was their word against an established police officer. Most had never told a soul and carried the burden of what happened to them as children for decades.

One victim, a 58-year-old Montreal man, spoke to 16×9 on the condition of anonymity, recounting the nightmare that started decades ago in Saint John.

They’d call Estabrooks a “pervert,” the man says.  He was one of the victims Estabrooks would take in his police cruiser before driving over to Tin Can Beach.

“He was touching me. He was touching himself and…I just went some place. Looking back I was a target. You know a kid walking home by himself, low self esteem, vulnerable.”

In another case, Estabrooks was found guilty of luring a boy over to a west Saint John police station with toys and sexually assaulting him in a jail cell when he was only six years old. It went on for years and at least two or three times a week.

In this case, the man’s identity is protected by a court order.

Some victims say they told police and social workers what Estabrooks was doing, but they looked the other way.

By 1999, some victims stepped forward and Estabrooks was charged with six counts of indecent assault, convicted of four and sentenced to six years in prison. During his trial, a former police detective named Herbert Robertson testified that in 1975, two kids complained that they had been molested by Estabrooks.

Robertson said Estabrooks confessed to these accusations, but instead of being charged, he was quietly moved to a city works job, the records show.

Shortly after wrapping up his prison sentence, Estabrooks died in 2005.

Investigation in the hands of notable Toronto investigator

After another victim filed a complaint with the city last year, Saint John Mayor Mel Norton ordered an immediate investigation to find all of the hidden victims and offer them counselling.

Private investigator David Perry was called in to lead the search. He was formerly with the Toronto Police Sex Crimes Unit. So far, Perry has found dozens more victims.

“The one thing that never changes for me is that every time I do one of these investigations I’m always… you know, shocked about the extent of trauma that people endure for so many years. These people have suffered tremendously as a result of what happened to them,” Perry told Global News.

A toll free number has been set up for victims wanting to contact Perry and receive counselling paid for by the city of Saint John.  The number to call is 1-866-790-4764.

Don’t miss an encore presentation of “A City’s Shame” this Saturday at 7pm.

One thought on “Kenneth Estabrooks”