By Staff  The Canadian Press 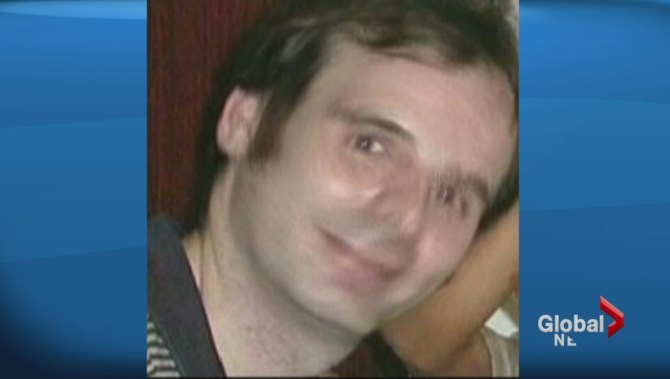 Watch: Christopher Paul Neil spent five years in a Thai prison for sexually abusing children and is now facing new charges, some of which relate to alleged offences in BC. Rumina Daya reports.

VANCOUVER – A British Columbia man who served five years in a Thai prison for sexually abusing children is facing 10 new charges related to offences that police say occurred in both B.C. and Cambodia. He will be appearing in court this morning.

Christopher Neil gained worldwide notoriety after a digital image obscured by a swirl was unravelled and revealed his face.

He was arrested in Bangkok in 2007 following an international investigation into a number of sexual offences against children. The former Maple Ridge, B.C., teacher, dubbed “Swirl Face,” was convicted in 2008 of sexually assaulting two boys.

Neil was released and returned to Canada in September 2012. Even though he had not been charged here, he was placed under strict conditions meant to protect children.

Last year, he pleaded guilty to breaching a condition that banned him from possessing devices that could access the Internet. The sentencing hearing is scheduled for May 1.

During a hearing related to the condition violation, a Crown prosecutor told the court that police had found evidence on Neil’s laptop that indicated the computer was used to view child pornography.

At the time, Neil’s defence lawyer, Mark Thompson, suggested the evidence didn’t prove Neil viewed or even possessed child pornography, since the Crown was simply relying on the files’ titles.

Thompson also told the court that the pictures found were thumbnail pictures that could have been automatically saved, for example, after a web search.

On Friday, Thompson said he was aware of Neil’s latest charges but declined to comment.

“In September 2012, officials in Thailand confirmed that evidence provided by BC (Integrated Child Exploitation Unit) in support of their criminal matter had not been used in their prosecution. Therefore, BC ICE investigators, in consultation with Crown Counsel, immediately reviewed their findings and conducted follow up investigations,” an RCMP written release said.

Those charges come under the so-called sex tourism law, which allows Canadian authorities to investigate and prosecute certain offences, such as victimization of children, committed by Canadian citizens in other countries.

He faces a separate count in connection to the RCMP investigation of possession of child pornography.

RCMP say authorities in Cambodia know of the investigation and the charges.

None of the allegations have been tested in court. Neil remains in custody and is expected to make a court appearance in Vancouver next week.

The original investigation of Neil began in 2004, when police in Germany discovered several hundred pictures of someone sexually abusing boys.

The images had been distributed on the Internet, but the abuser’s face was hidden by a swirl. Police managed to unscramble the swirl, which revealed Neil’s face. They then traced the images to an IP address in Maple Ridge, B.C.

An international manhunt eventually located Neil in Korea, where he was teaching English. He fled to Thailand, where he was arrested.

When Neil returned to Canada in October 2012, a judge imposed a series of conditions for a period of 18 months. He was required to surrender his passport and ordered to stay away from places where children under 16 would be present and keep off the Internet